Ten years ago today, I was supposed to be pulling an all-nighter while studying for a final exam my senior year of college.

But just before dawn, Gary came and woke me up, blindfolded me, and kidnapped me. I had no idea where we were going, but I was excited that maybe he'd come up with something fun. After all, it was our three month anniversary.

And boy. Had he come up with something, alright! He took me up to a beautiful overlook just before sunrise, took off my blindfold, and gave me a dozen white roses. 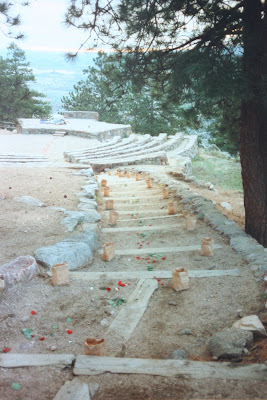 Then he led me down a candlelit and rose petal covered path, to a blanket where he had breakfast and more roses waiting for us. We enjoyed breakfast together, snuggled under a blanket together (because it was SO cold) and reminisced about our three months together. Because, you know, we'd been dating for three months. 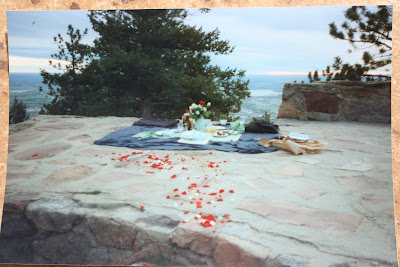 It was very cold that morning. Had I known where we were going that morning, I might have dressed a little warmer. I also might have chosen not to attempt an all-nighter, might have done my hair, refreshed my make up and maybe not have thrown on an old sweatshirt. 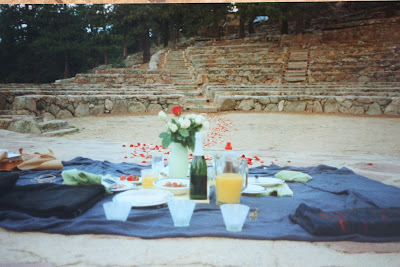 So Gary started getting up to get another blanket for me out of the car, but he never stood up all the way. He stopped when he was on one knee. HE STOPPED. ON ONE KNEE.

He pulled a box out of his pocket, said a bunch of sappy stuff and proposed. When he opened the box, instead of the sparkling diamonds I'd been eyeing in the Brides magazines since age ten, there was a red Life Saver inside. But you know what? That was better than a diamond. We'd joked that I'd say yes to him, even if he proposed with a red Life Saver. So I did say yes, and then he pulled out the real thing and I had a ring on my hand. And my engagement ring was simple, beautiful and perfect. The fact that he picked it out without any help from me and that it was so "me" was just confirmation that he was "the one." Oh yeah, and it turns out that it was WAY better than a red Life Saver. 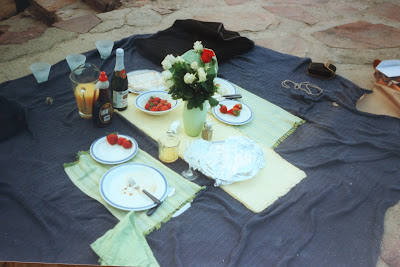 He gave me a Bible and a special keepsake box he made to remember that time in our lives. It's filled with several special reminders of God's blessings during that time and serves as a marker for such a special event. Today it hangs right next to our front door. 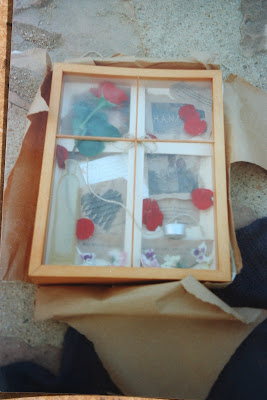 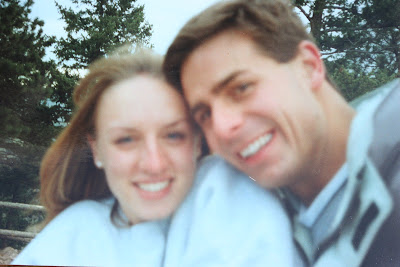 So today I'm celebrating the tenth anniversary of our engagement. I didn't expect it AT ALL. Did I mention we'd only been dating for three months? We might have gotten a lot of flack for it, but we really sought out God's voice and plan for us. Ten years later, we're still going strong.

Gary started our relationship with a bang, and it's only gotten better.

I love you, Gary. Thanks for asking me to be your wife. I've loved every minute and am so proud to be wearing your Life Saver ring. 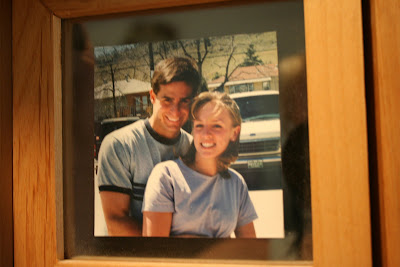 Taken later that day. Ten years ago today!
Posted by Angie @ Flibbertigibberish on 5/04/2009