A Variety of Assorted Various Things That Are Random and Assorted

I'm working on a recap of a baby shower that my mom, sister and I threw for my other sister last weekend, but I keep getting distracted as I sort through the mound of pictures which capture every FUN little detail!  So stay tuned.  (And I guess it isn't really a "mound" of pictures since they're on my computer and not a little stack of pictures.)  But I do have a feeling that it will be a very picture heavy post when it's finished.  Yowza.
So in the meantime, here's a bunch of randomness:
NUMBER ONE:  I hate the wind.  Like, really hate it.  But the great thing about wind is that it blows out all the smog and haze and anything else in the way of a crystal clear day like we had today.  Oh, was it beautiful!  The mountains looked so clear and blue and close enough to reach out and touch. 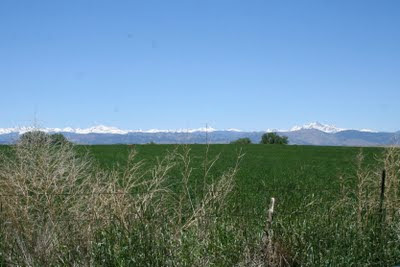 Sometimes I get so caught up in how pretty my surroundings are that I just can't help it and I pull over and take a picture.  My kids are totally used to it.  Even today, Addie asked what we were doing and Emma said, "Oh, she probably just needs to take a picture of the mountains or something."  Ha!  But look!  Sooo pretty.  Colorado has the bluest of blue skies.  And June is awesome because everything is green, but it hasn't been warm enough to melt the snow from the mountains, so it's just amazingly pretty to look at. 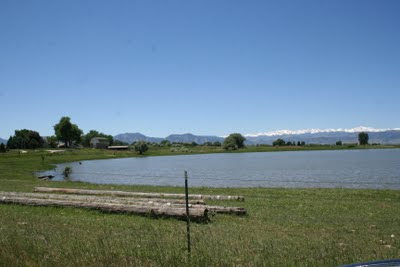 I would love to live on this farm on a lake.  What a view! 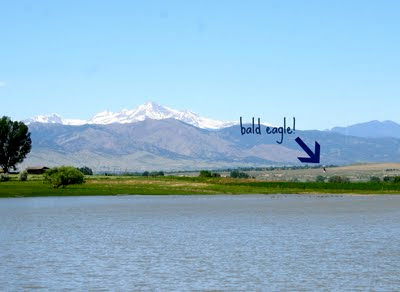 We watched this bald eagle soar for awhile and it kept dipping into the water.  We're pretty sure we watched it grab a fish out of the lake!  (It was much closer than this picture indicates.)
NUMBER TWO:  Emma got to see one of her BFFs today who moved to Montana last fall. 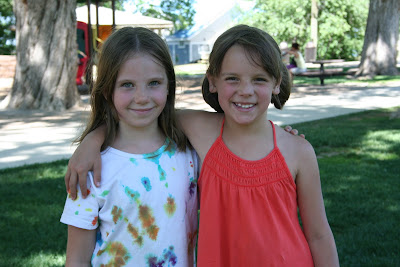 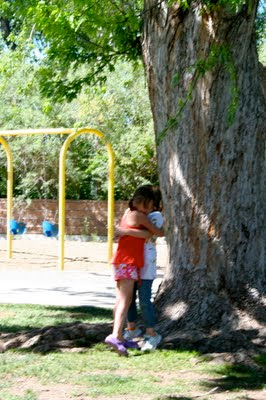 It was great to see her and her family again!  Her name is Emma too, and the Emmas have known each other since preschool.
NUMBER THREE:  My girls are really into saying "really" lately.  As in, "We're having cookies for dinner, Mom?  Really?  Really."  (said with much attitude.)  Or today in the car:  "You don't know how many teeth you lost when you were little Mom, REALLY?"  "Um, no I don't remember."  "But they were your own teeth, Mom.  And you don't remember?  REALLY?"  (For other moms faced with this same urgent question, the answer is 20.  And no, I didn't know this, I had to Google it.  Really.)
NUMBER FOUR:  Gary and I count down the minutes until our kids go to bed so we can have one of these: 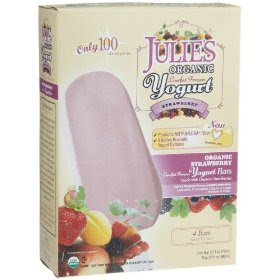 We are obsessed.  They are so good.  So. Good.  We get them at Costco and we highly recommend them.  I'm not being paid to promote this item, however should Julie herself read this and want to give us a lifetime supply of these strawberry frozen yogurt bars, we would not turn her down.  You reading this, Jules?
NUMBER FIVE:  Brody had a rough day.  First he fell out of the car when Addie tripped and accidentally pushed him out as he was trying to climb out on his own, and he banged his forehead really good on the garage floor.  Poor little guy.  He had a HUGE bump on his head that got big FAST.  I'm not exaggerating - it looked like a ping pong ball was taped on his forehead.  But he's okay.  Or, at least he was until I dragged him through the street and skinned his knees.  I was pushing him on his bike and didn't realize he'd fallen off but didn't let go!  Suddenly I hear, "Mommy!  Stop!  Ow!" and I look down to see him hanging on and I'm literally dragging him on the street.  Duh.  I'm such a dork for not noticing.  A little Bactine and two bandaids later, he's fine.
No pictures of this one.  When I tried he held up his hand and said no.  I guess he's tired of the Paparazzi.
It reminds me of when my sister was learning how to waterski and fell.  And then my dad dragged her through the water because she didn't let go.  Eventually either my dad stopped or she let go.  I don't remember how that one ended up.
NUMBER SIX:  Have you seen the pudding face commercial?  It's so dumb, but his face makes me laugh every time. 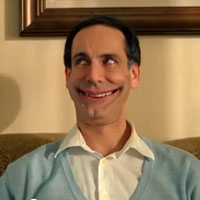 NUMBER SEVEN:  It's a matter of time before my kitchen eating area is flooded, because this is Brody's favorite game: 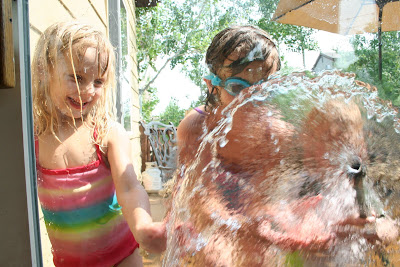 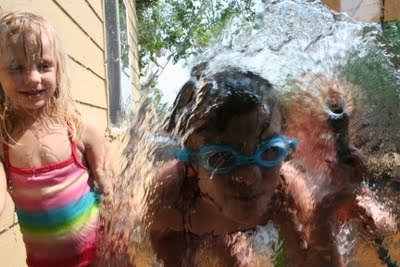 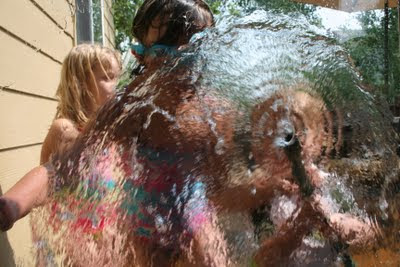 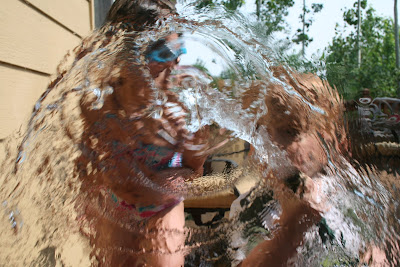 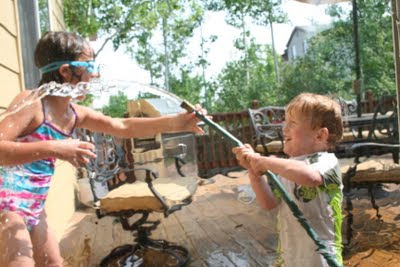 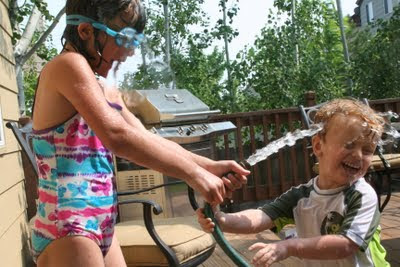 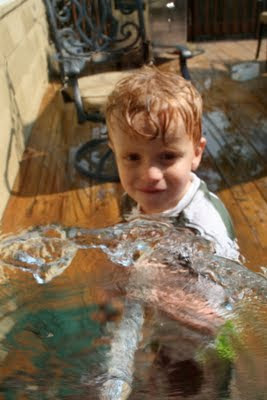 He loves it when I put my face right on the glass and he can squirt me.  He also loves to turn the hose on the door the second I start to open it.  So far I've been quicker than him... but one of these days...
NUMBER EIGHT:  Have you seen the Wave At The Bus blog?  Gary showed me the other day.  Hilarious.  It's simple:  this dad waves goodbye to his kid on the bus each day, wearing a different costume and takes a picture.  This is right down my alley!  Makes me wish my kids were riding the bus next year!  The blog has gotten so much publicity in the last week or so that the first post shows a disclaimer by the family, and describes the dad as "a trophy husband (complete with a kickstand)".  You'll have to go read it to find out why.
I'm throwing around ideas for next year... A "Walking My Kid To School" blog?  Start sending me your costumes!
NUMBER NINE:  Blogger was giving me issues last night when I tried publishing this, so it's now Wednesday morning.  We're going to go ahead and pretend I posted this on Tuesday night.
NUMBER TEN:  Happy Wednesday!
Posted by Angie @ Flibbertigibberish on 6/07/2011