I just couldn't contain my enthusiasm for Emma beginning school, so the pictures continued each day... 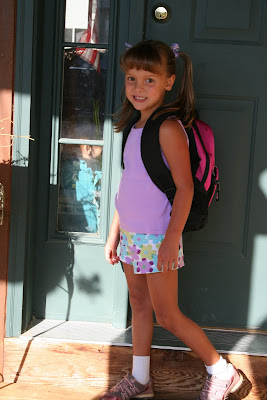 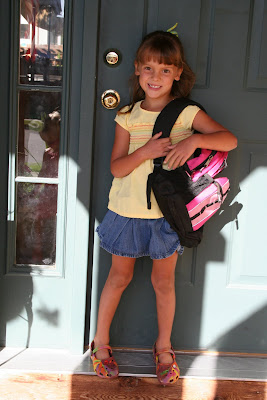 Oops... maybe one too many pictures this morning... 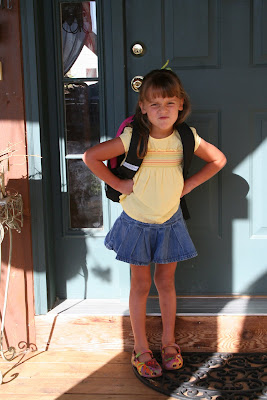 Fourth Day of School (making a "K" for "Kindergarten"): 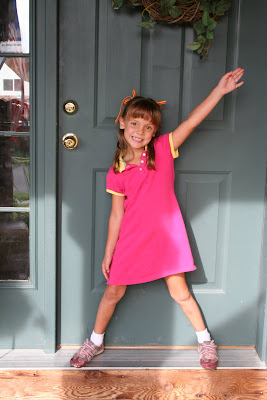 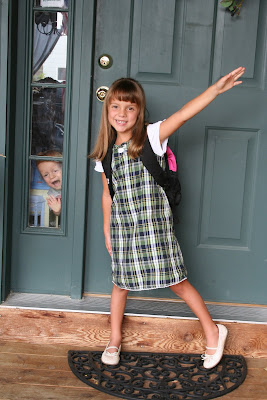 (another "K" - but how hilarious is Brody in the window? Didn't notice until later!)

Sixth Day of School:
I was done taking pictures (I mean, how long would this go on?), but when it was time to leave, I couldn't find Emma. She was waiting on the porch to have her picture taken! Old habits die hard! (And no, I didn't take a picture. Now I wish I had...)

On the fifth day of school, Emma tried riding the bus to school for the first time. She had wanted to do it from day one, but I wasn't ready. So that morning we drove to the bus stop (it's only a block away but we had to make a quick get-away once she got on!) and got to know a couple other girls who would be riding. She was a little nervous getting on, but she found her seat and waved goodbye! 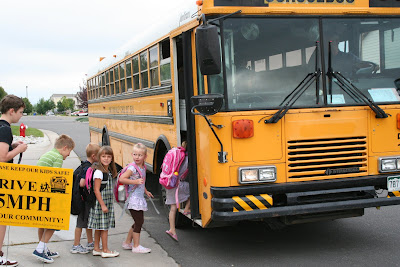 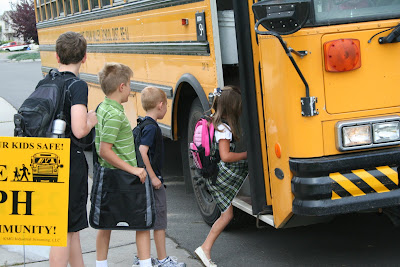 Addie and Brody and I raced to the school to beat the bus and watch her get off. She was all smiles! 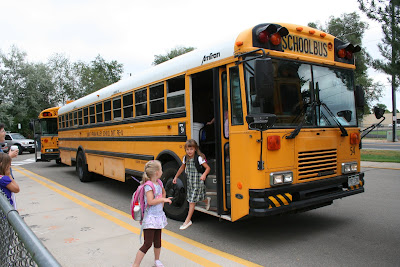 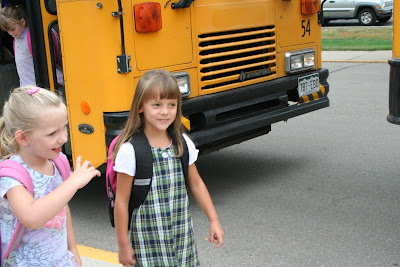 The next couple of bus-riding days were shaky, but now it's old hat. Today she went all on her own and we didn't even follow her to school. A friend and mom of one of Emma's classmates called to tell me that she made it just fine!

Good girl, Emma. You're growing up before my very eyes.
Posted by Angie @ Flibbertigibberish on 8/28/2009