Our Most Expensive Toy

Any guesses how much this little yo-yo costs?  Maybe this will help you:  it's the first thing Emma ever bought with her very own money. 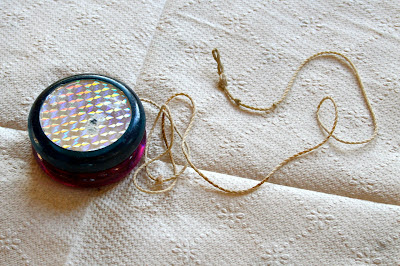 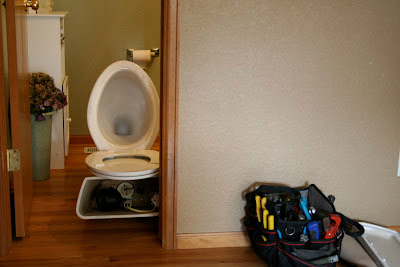 The plumber was here this afternoon, fixing the toilet that's been clogged since yesterday.  We immediately interrogated Brody, who denied that he or his toys had any part of the cloggeration.  We plunged that thing to death with no luck, so we had to call the big guns.  Brody waited by the door, so excited to see all his tools.

After draining it, he showed me on his magical plumber camera, that indeed, a toy was clogging the toilet.  I sort of thought that might be the case.  He put on some gloves and reached up there to try to get it.  After having no luck, I suggested that I could try, since my hands are smaller.  He looked at me incredulously and said that if I was serious he could give me gloves, but that it was up there pretty far.


Heck yes, I was serious!  Nothing grosses me out.  Little did he know I'd removed a floater from the toilet just minutes before his arrival.  Little does he know how many bottoms I wipe every day. Little does he know about those aquadumps that seem to happen every Sunday morning during bathtime.  He either thinks I'm totally disgusting or totally rad now.

But I decided that if he said it was up there pretty far, I probably couldn't get it either, no matter how petite and delicate my hands are. 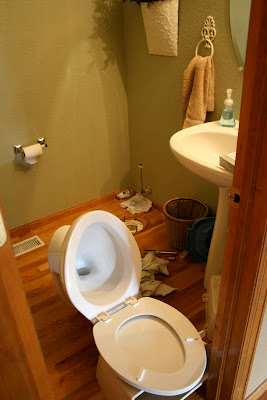 ...and out came Emma's beloved yo-yo.  Brody said he didn't do it.  He said Chloe did it.... but admitted that he flushed it.  Hooray for teamwork.

As he pulled the yo-yo out, the plumber laughed and said, "I doubt you want this anymore..." but just as he was about to toss it, I lunged forward exclaiming, "ACTUALLY...!" 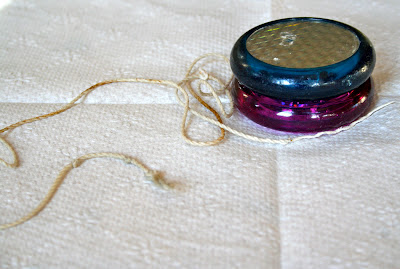 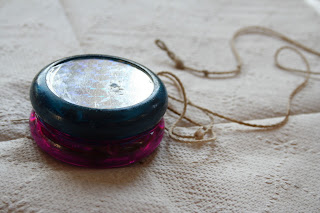