It's Sunday night, and as I'm writing this, I'm watching a play that Emma and Addie are putting on for me.  Now, I know it sounds really rude that I'm here typing away as they're performing, but seriously.  I think we're 27 minutes into this play and I'm not sure they remember they have an audience anymore.  They're making it up as they go.  Here, I'll take a picture so you can be in the moment with me:


In the meantime, here are a few tidbits from the weekend:
We had a fun dinner at California Pizza Kitchen, followed by ice cream at DQ.  And when I say a "fun dinner" I really mean chaotic and borderline NOT fun.  There are 14 people in our "party" and when almost half of them are 7 and under, it's not like we're lounging around, recollecting the last 29 years of life with Abby.  Our out-to-dinner celebrations may be a thing of the past...
There was a man there trying on women's dresses and I could not figure out if he was trying to be funny or if he was serious.  I think serious.  He bought about five of them.  One of them was kind of cute.  I was kind of jealous but wasn't about to fight him for it. I did find a few fun things which I should probably blog about later.

Also, I bought some men's ties for tie-dying Easter eggs this week (and by the way, this will serve as your reminder for those of you who don't want to miss out on doing it this year!).  I asked the lady at the counter how much they were, and she replied $1.99.  Later when I went to check out, I asked the man how much they were and he told me 25¢.  SOLD!  Lesson learned: get price checks from the man and work it. 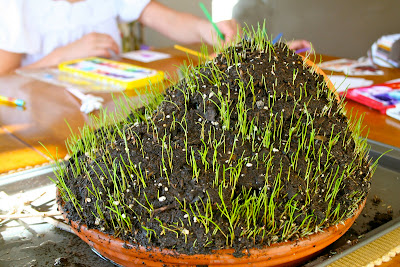 We've literally been sitting at the table for a lot of the day watching the grass grow.
But, they're done and we'll mail them off tomorrow.  Emma has a girl from Malaysia in her group and Addie has one from Australia, so we're excited to get international mail in the next week or two! 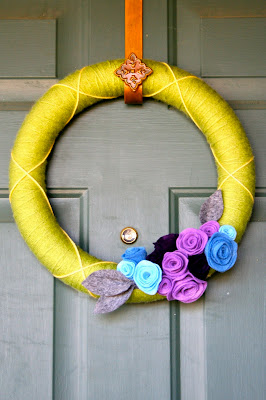 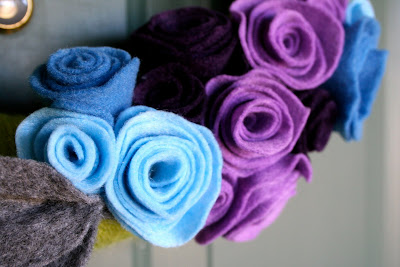 The colors look super crazy in this picture.  I promise I did not put morbid, black roses on my spring wreath.  I also promise I didn't use neon green yarn.  You'll just have to come over and see it in person.
In fact, if you leave now, you might make it in time for intermission.  We're on Minute 42 of this play...
P.S.  What is UP with these bullet points?  I wish they'd just align and behave themselves.  If it annoys you like it does me, then I am SO sorry.  If you didn't even notice, then we are very different.
P.S.S.  What was the highlight of your weekend?