The Difference A Day Makes 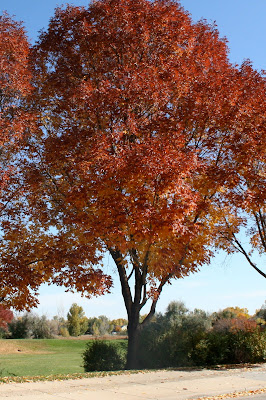 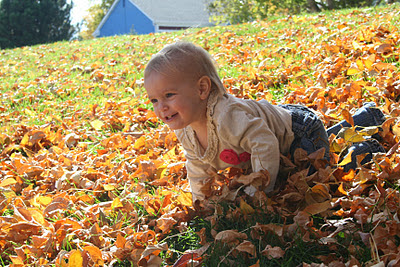 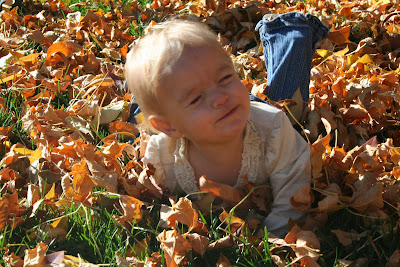 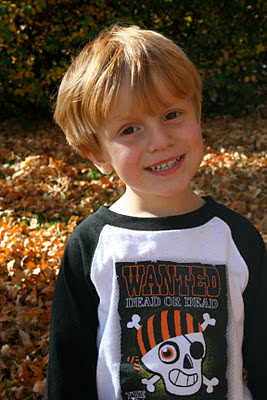 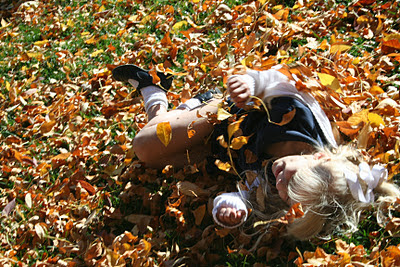 I'm convinced the heart of autumn was residing at this park.  The leaves were perfectly crunchy, a gentle breeze would send hundreds of leaves flying, giggles abounded from kids rolling down leaf covered hills, and the colors were vivid.  I could've stayed there for days.

That is, if this hadn't been the forecast: 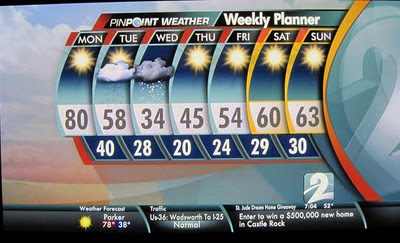 Classic Colorado weather!  THIS is today: 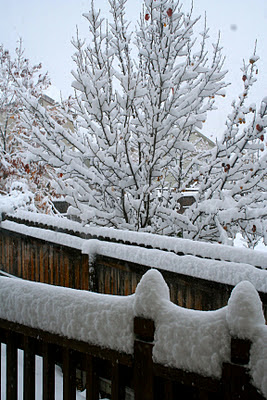 Our first snow.  As I'm typing this, We have close to 8 inches of snow and it's scheduled to continue falling all day.

So, what else is there to do besides drag out all the snow gear?  Out from the basement and dusty corners of the closet came coats, hats, boots, mittens, scarves, earmuffs, gloves, and snow pants.  Much of it was outgrown or missing, meaning that the girls went to school wearing rain boots instead, and Brody had some girly purple gloves.  But that didn't stop them.

By the time I bundled Brody up, he was almost too tired to go outside.  He just laid on the floor and it took some major coaxing to get him to go play. 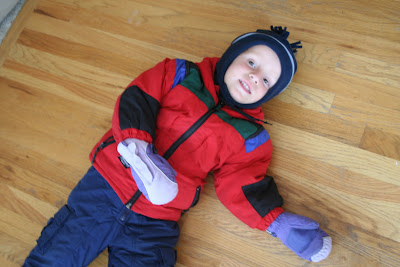 And about 30 seconds later, he was back. 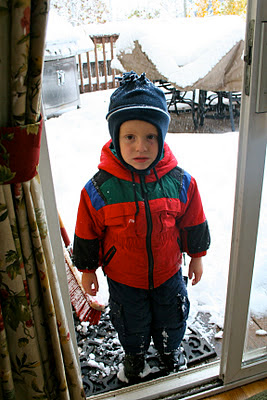 Isn't that how it goes?  You spend 28 minutes getting the kids all ready to go, and then they spend a fraction of that time playing.  So I forced encouraged him to go back out. 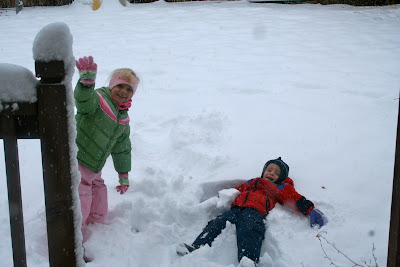 Chloe loved watching her big brother and sister play in the snow.  And if it hadn't been nap time, I may have gotten her all cozy to play too. 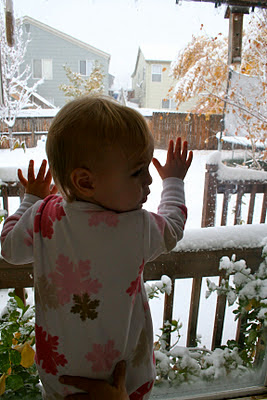 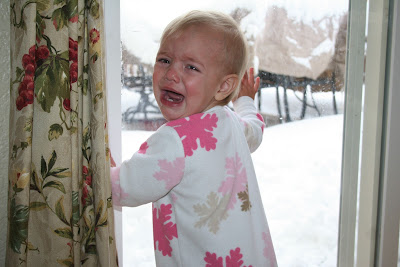 Can I tell you a secret?

Lean in close, because I'll probably be banished from the club of tough Colorado moms if I tell you this.  I don't like it when my kids play in the snow.  Don't get me wrong, I love how it delights them.  I love that they exercise and use their imaginations and have fun when they're snowing it up.  I love that they're tired afterwards.  But I dread getting them ready to go out and all the effort it takes, and really loathe the pile of wet, soggy snow clothes that sits by the back door when they're done.  I usually suggest 23 other things they could do instead of playing in the snow, before I finally give in.  Puzzles?  Legos?  Computer game?  Coloring?  Play-doh???!?!?!  (On second thought, choose SNOW, kids!!!)

I know.  But, because I love them, I suck it up and get excited with them.  And if Chloe hadn't been on the verge of nap time, I would've joined them in the snow.  And because I just adore the heck out of them, I wrap them in blankets when they come in and make hot cocoa for them.  Nothing like a cold snowy day when I'd prefer to snuggle up by the fire and read a book all day to remind me of my selfishness. 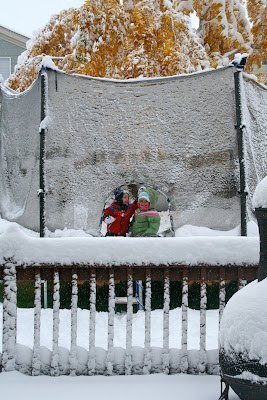 And if selfishness trumped snow time, I'd miss out on these happy faces and some kids who had the time of their lives playing in the first snow of the season.  Take these memories away from them or from me?  Nope.  Not a chance.  As Gary reminded me this morning, I have the best job ever.  I'm so grateful.
Posted by Angie @ Flibbertigibberish on 10/26/2011